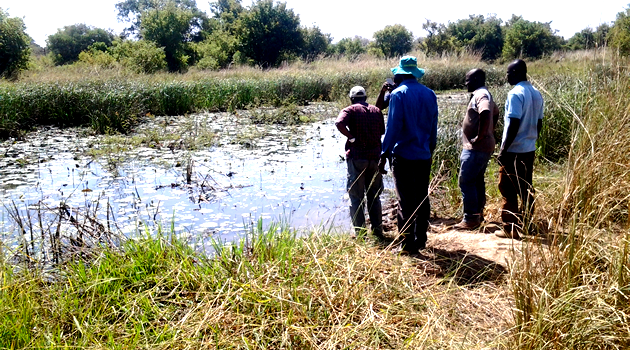 Change and Disaster Preparedness Technology known as the Bhungroo (meaning straw in Gujurat language) developed by our Indian partners. The Bhungroo Irrigation Technology (BIT) is a technology for irrigation purposes that frees waterlogged and flood prone farmlands of excess water, and thus making the lands accessible for farming. In addition, the Bhungroo, draws all the excess water underground.

This excess water underground can be stored for 365 days, hence farmers can have dual season farming. This technology also reduces the salinity levels on farmlands, hence making planting very productive. This technology has been very successful in most parts of India especially in the Gujarat state. Some of the awards accredited to Bhungroo include World Bank Market Place- India Award (2007), Gujarat State award, Indian government award for best climate change adaptation technology (2014), Stanford University for Bhungroo and   many others.

The success story of this technology are enormous, most beneficiary farmers are experiencing at least 150 percent increase in farm productivity. This is having significant positive impact on agro businesses and reducing poverty in Bhungroo beneficiary areas (BBA) by at least 30 percent.  Again, there is a growing trend of natural resource conservation, due to the reduced pace of farm expansion.

BHUNGROO which means “straw” is an Indian originated, World Bank Marketplace (2007) awarded technology that frees waterlogged/flood farmlands of excess water during the rainy season, stores water underground naturally in unsaturated layers of soil, and pumps water for farming during the dry season. One Bhungroo can free 5 acres of waterlogged land, and can irrigate 20-30 acres.

Bhungroo presents a life changing opportunity for farmers in Ghana and Africa who are challenged with the recurrence of flooding/waterlogging (either from rain or the overflow of the rivers) and drought. Field surveys carried among farmers who are faced with the recurrence of flooding/waterlogging and drought revealed the following two conditions:

(1) Limited farming during the rainy season due to excess water

In Ghana, Bhungroo will be very instrumental in the livelihoods of farmers in the three Northern regions, Afram and Accra Plains. These areas have recorded incidence of flooding/waterlogging and drought particularly the three northern regions.

The beauty of the Bhungroo is its context based nature meaning

1) Bhungroo’s design, development and installation is dependent on the prevailing water, soil and general environmental conditions of the project area

(2) All materials needed in the development of the Bhungroo can be obtained from any country in the world, and thus Ghana/Africa.

Additionally in Sierra Leone and Liberia aside the normal practice of Bhungroo for irrigation, CA is carrying out field activities to test the possibility of using the Bhungroo to rehabilitate swamps created by small scale mining activities.