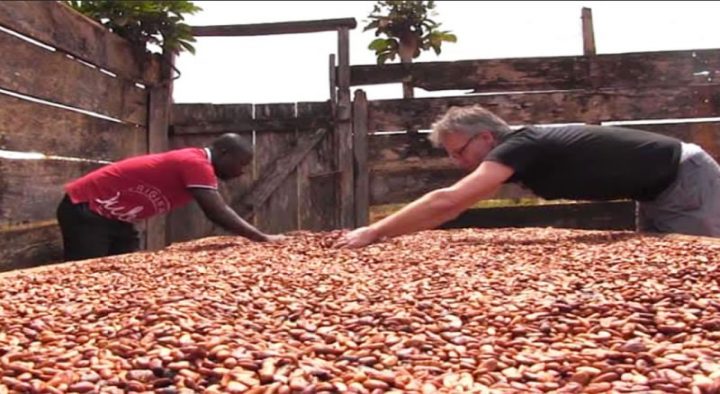 Cocoa Production News-Conservation Alliance with funding from Rainforest Alliance-UTZ has organized series of training sessions for cocoa farmers within the Kakum, Bia and Enchi landscapes in the Central and Western regions to enhance cocoa production.  This is to promote the wide scale adoption of Integrated Pest Management (IPM), and reduce the over-dependence on pesticides for controlling disease and pest incidences on cocoa farms. These trainings form part of Rainforest Alliance-UTZ’s Sector Partnership Program (SP). The project focuses on enhancing farmers’ access to quality inputs, and the adoption of alternatives to Highly Hazardous Pesticides (HHPs).

Cocoa is perhaps the most important export crop for countries in the forest zone of West Africa, and is the main source of foreign exchange for some of them including Ghana. Unfortunately, one of the critical factors limiting the cocoa production in West Africa is the incidence of pests and disease. Preliminary studies conducted by Conservation Alliance (CA) and partners within the target areas revealed farmer’s over dependence on pesticides for managing diseases and pests on cocoa farms. This has been made worse by the proliferation of several marketing and distribution outlets for pesticides, many of which are selling unapproved pesticides.

The use of pesticides is becoming increasingly attractive to cocoa farmers because they are easy to come by and requires less labour in application compared to the other IPM activities. One of the elements of the UTZ standard is to severely restrict the use of neonicotinoids (also known as   neonics- commonly used pesticides in Ghana) because of its risk to human health and the environment. In July 2018, the European Union member states decided on a ban on the outdoor use of neonicotinoid pesticides, after an assessment by the European Food Safety Authority (EFSA) which confirmed the dangers they posed to bees.

As a result, Conservation Alliance organized series of IPM trainings for over 1,500 cocoa farmers as the first step in promoting an integrated approach to pest and disease management. Key among these are pruning, weeding, basal chupon removal, farm sanitation and planting of shade trees. Prevention enables farmers to manage costs and maximize their profits through cost effective control of pests and diseases. Farmers were also encouraged to consider the application of pesticides as the last resort, instead of falling on it at every sight of a pest or a disease.

Ato Kwamina Addo, the coordinator of the project, further called for stronger emphasis on Integrated Pest Management (IPM) in the public policy and practice to reduce cocoa farmers’ dependence on pesticides. He hinted on how the project partners are exploring ways to make alternatives to pesticide use easily accessible to cocoa farmers.

He was grateful to the project donor for the funding support and acknowledged the efforts of all partner institutions particularly PAN-UK, SEND Ghana, Conservation Cocoa Association and Adehye Farmers Association.