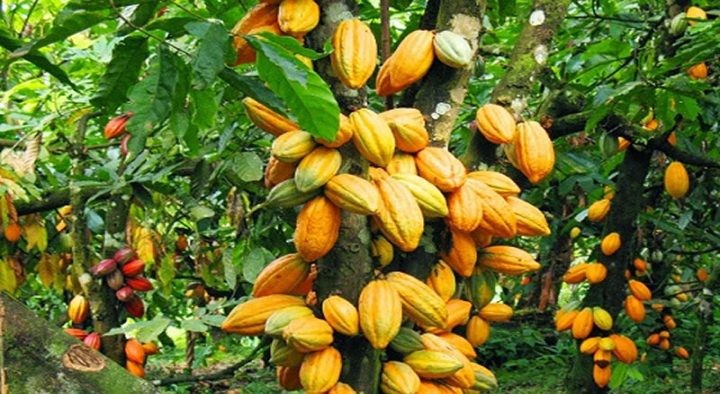 Conservation Alliance International (CA) and its partners have launched the BOAME Cocoa Scheme (BCS) to enhance the management practices of cocoa farms within the cocoa supply chain at Kumasi in the Ashanti Region of Ghana.

The scheme would support farmers to enhance the management of their cocoa farms thereby leading to a significant improvement in farm productivity, the ecological health of cocoa farms and household incomes.

Speaking at the launch, the Executive Director of Conservation Alliance, Dr. Yaw Osei-Owusu, disclosed that, main challenge confronting the sector is poor management of over 30% of 1.9 million hectares of the cocoa production landscape. The poor management is largely due to inadequate of farm labour, the high cost of inputs and ageing farmers, multiple enterprise of women cocoa farmers and inherited farms. The BOAME Cocoa Scheme was therefore put in place to address the challenges of inefficient management of cocoa farms in order to realize the farms’ full potentials to provide adequate returns to the farmers.  “It is a unique private partnership initiative with some key actors within the cocoa value chain to deliver market oriented services to farmers” he emphasized.

He further said, the initiative would complement the government’s effort of improving cocoa production through the Cocoa Rehabilitation and Intensification Programme (CORIP) funded by the Embassy of Netherlands in Ghana and the private sector in the Cocoa industry. “The success of the pilot phase has given us the motivation to launch and scale-up the initiative”.

He said the novelty being jointly implemented by CERATH Investments, Biodiversity Heritage Associates and Vital Info Consult is targeting over 60,000 cocoa farmers across the cocoa production landscape in the country to deliver market-oriented services to farmers.“The work in Ghana is part of a larger two-country programme, targeting 400,000 cocoa-growing households across Ghana. The programme will be active in 15 districts in the Eastern, Western and Central regions. We hope to extend the initiative to cover all the cocoa growing regions by 2020”, he emphasized.

Mr. Ato Kwamena Addo, BOAME Scheme Coordinator, remarked that the scheme would provide an opportunity to support the government’s efforts at improving cocoa production and farmers’ wellbeing and appealed to the government, donors and cocoa companies to support the scheme. He reiterated that, during the pilot phase farmers who signed unto the scheme had their farms assessed to establish the management gaps, after which management prescriptions were determined and implemented in line with CRIG and COCOBOB’s guidelines.

Mr. Addo said the scheme had recruited, trained and equipped over 30 youth into the BOAME Scout to implement these management practices under the direct supervision of CA, thus creating jobs for the youth, a key policy of government. Based on the arrangement with Cerath Investment, the cocoa farmers were made to pay back the cost of management, usually the inputs and labour, after the harvest and sale of their cocoa. The Programme Manager at the Biodiversity Heritage Associates, one of the key partners indicated, “Making tangible progress in the cocoa sector starts with supporting smallholder farmers with inputs and labour services,”

Farmers who signed onto the scheme during the pilot phase recorded significant improvements and outputs. Hitherto the intervention of the BOAME Cocoa Scheme, the average yields of these farms were less than one (1) bag per acre. However, after the intervention of BOAME Cocoa Scheme, the average yield of most farms shot up to about 3 bags per acre. Additionally, the Scheme has enabled fifty (50) young men and women gain employment in their respective communities. Scaling up BOAME Cocoa Scheme across the national cocoa landscapes will lead to increased number of people gaining employment especially the youth.

Since 2008, CA has been a leader in promoting sustainable approaches to biodiversity conservation and economic and social development in four cocoa-producing regions in Ghana. With nearly 50- initiatives, in Ghana, Cote d’Ivoire, Liberia, Sierra Leone, Cameroun and Nigeria, CA actively supports a range of farm-level programmes, harnessing sustainable agriculture practices to improve the quality of life for the millions of smallholder farmers growing the unique crop.